Blog - Latest News
You are here: Home1 / Memories2 / HP C7000 – Unable to connect to the Onboard Administrator 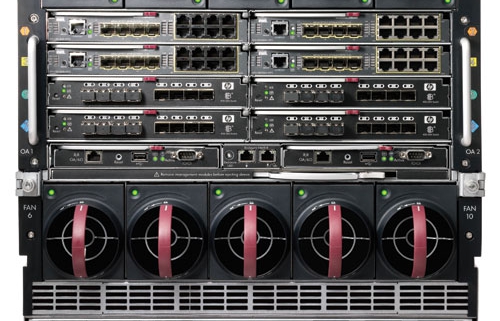 I inherited an HP C7000 Enclosure with sixteen BL460c Blades and six 1/10GB Enet Interconnects, (which are Switches).

The setup was not working well, but I managed to upgrade most firmware and solve most problems.

However, it took me forever to find a solution for a problem I encountered when  importing a domain from the C7000 OA (Onboard Administrator) to the Interconnects. The following error displayed all the time, whatever I tried to do: “Unable to connect to the Onboard Administrator”.

Let me post the short version first, I hope to find some time for a more eloquent explanation later.

I realize these instructions are a bit limited. I post it for my own memory, and to ensure that people that have been breaking their head over this at least get new inspiration to try something else. I hope it helps!

Scroll to top
We use cookies to understand what you visit on our site, how long you stay there, etc. If you continue to use this site you agree to our use of cookies. Otherwise please close our website now.I accept